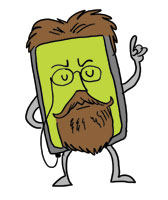 Playwright Anton Chekhov had a theory that everything in a story must be of use. If you put a loaded gun on the wall in the first chapter, it had better be used by the end of the story. Otherwise it shouldn’t be there.

That’s why when you see a blockbuster movie where the bad guy is trying to open a portal to another world, you can be sure it WILL open, and that badness will pour through, before the hero is able to stop the doomsday machine and suck all the evil back through the portal. That’s how the story is most satisfying to an audience. Otherwise it’s like asking people what they want on their pizza, and then never actually ordering it.

That doesn’t literally mean that weapons always go off. Think of the ticking clock time bomb, which needs to be disarmed with only a few seconds left. It’s not the bomb that’s the promise we want fulfilled, it’s the hero saving the day promise we want. Placing James Bond (or similar character) in the movie is promising that he will save everyone at the last minute. The “gun” doesn’t go off if someone else saves the day, or he fails at being our hero. So a gun doesn’t have to be a gun. Its any promise that you make to the audience by including a certain element in your story, whether it be character, object, setting, etc

What I’ve noticed is that stories, especially serialized stories, come with lots of pre-loaded “guns” that promise to go off. Elements that whether you want it or not, will be in your story and influence how they play ouy. Bruce Banner will turn into the Hulk. A rope bridge will be cut. An attractive woman will hook up with James Bond.

That means the writer may have to “disarm” certain guns in order to tell the story they want to tell. We see this perhaps most plainly in horror movies where the character’s cell phones become useless. If the weapon (the possibility of police arriving) remains in the story, it changes it from a horror story to an action one. Once the cell phone has been ditched, the expectations for the story have been re-established. Hence why I chose to call this idea Chekhov’s cell phone. It needs to be turned off before you go off on your story’s journey. 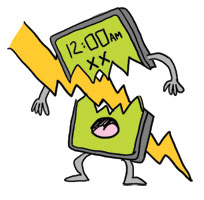 A cell phone breaking at the most dramatically tense time can be pretty powerful. Imagine a character who is panicked dropping the phone, breaking it, or desperately trying to dial/get it to work, while being chased. In visual storytelling you want to show, not tell. You’ve given the character a physical totem which shows how they are being abandoned by civilization, technology, and communication with the outside world. You’re using the visuals to underscore the moment of tension.

In non-serialized stories you can get away with this easier, because we can often accept it as happening in isolation. The other times it happened in horror movies happened in movies, and this is happening in this real story we’ve bought into. If you have a serialized story, where every time the horror monster shows up people drop their phones, that starts to seem off. Like does Michael Myers make everyone clumsy, even the jocks?

This happens in super-hero stories too. Imagine a villain so tough that they can knock Superman unconscious with one punch. We thought he was going to save us, but he’s out! What will we do?! Suddenly you’re able to shift a super hero story from action to guile. We can have Green Arrow and the Wonder Twins save the day. But TV Tropes warns us this can lead to the Worf Effect. Worf was the Chief of Security from a warrior race of Klingons on Star Trek the Next Generation. Frequently he was batted aside by a new alien baddie, so the writers could tell a political intrigue story, instead of an action one. By targeting what made him special, it destroyed his specialness. Worf changed from being a noble warrior, to a useless punching bag. The same happened with their mind-reader who never seemed to be able to sense anything, or the engineer who’s engines kept breaking and staying broken right up until they resolved the central conflict of the story. Try to use this sparingly in serialized fiction, or you ruin your characters. 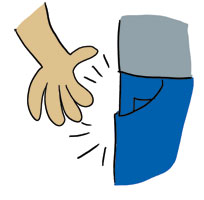 Imagine a horror film where the opening scene establishes the teenaged protagonist’s phone has been taken away as punishment for staying out late. Or they’re being chaotic misfits knocking over mailboxes and cell phone towers because they’re rebellious teenagers. It can be awesomely ironic that they Chekhov’s cell phone is gone when they encounter a homicidal werewolf on a night of curfew-breaking. That is is fun. But the scene of them acknowledging their loss is not automatically accompanied by a strong visual. That’s something you’ll have to work at, or accept as not as important.

Having Worf absent on Star Trek worked out a lot better than having him beat up. They’d say he’s on the planet’s surface, or on vacation, or in the engineering department, anywhere far away from the action. When the baddie shows up we think “Oh no! Now the psychic and the enigneer are going to have to deal with this threat!” and the writer gets to tell a non-action story. Reusing this isn’t as bad as reusing the last technique, because it doesn’t take away Worf’s toughness. Unless their power is teleporting, or super speed, we can accept that the special characters are just not there when they are most needed. That echoes a lot of people’s real life experiences, amiright? If Worf never gets to fight, that’s bad, but you can make up some ground by doing an all-action episode centred around Worf. 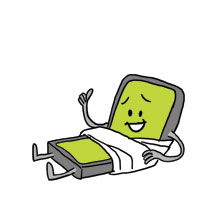 Now picture a horror film where the cell phone stops working, or is unavailable, but the hero doesn’t give up on it. You can make a plot element of the story the repair of Chekhov’s cell phone. This way you can do a story in one genre, like your horror or political intrigue one, and then switch back to another genre, like action, for the ending. If that works for you that is. Now you have the cavalry coming to shoot up those overwhelming odds. Now your heroes have a tool to stop the bad guys, that’s a surprise. It can give the audience a smug satisfaction to be in those winning underdog shoes. They were counted down and out, but managed to hit a home run.

In serialized stories this would be where Worf is rescued from the brig after the cheap shot and now gets a fair fight. Or Aquaman’s octopus breaks the kryptonite handcuffs off Superman. It’s getting your cake and eating it too. 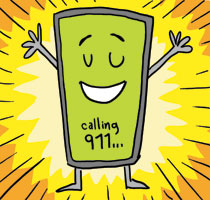 What if the monster who is attacking people in the story deactivates cell phones, because that’s its super power? It may shift your story from realistic to supernatural if you can’t come up with some sciency mumbo-jumbo to justify it, so that’s one potential problem. Another is if you make it a special creature who exists only in your movie who can do this. Then all others seem like copy cats. But what if it was a new trope established that undead ruin cell phone reception. If vampires can turn into animals, not be seen in reflections, fly, hypnotize people, why not add another power to its list? How about zombies? Set a precedent other writers can build on. Fix a problem for all of us.

In a serialized story you could do something like have a duty, or weakness that every team member had to engage with. That way, everyone accepts that each week a different character must wear the ring that renders them powerless, in order to power their spaceship. Or think of how the Power Rangers not only know martial arts, but have their own mechanized ships to do battle in, and that those join together to form a giant robot, and that giant robot has a special weapon that can destroy every bad guy. Why don’t they use that special weapon against martial artists? Because the first Power Rangers story established that part of their code is that you can not exceed the force in which you are attacked. You meet hand-to-hand combat with hand-to-hand combat, not laser beams, or you’re a bully. They put in-story limits on how often you can use Checkhov’s cell phone. The drawback to this is you have to remind everyone of these rules every once in a while, or it makes no sense. Most people don’t remember that one initial episodes’ justification and think the Power Rangers should take full advantage of their powers. Or the audience simply missed it because it was only said once. On the flipside, reminding people of the rules means you have to work in extra exposition, which is seldom fun for writer or audience. 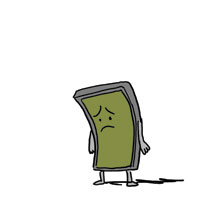 If you don’t want the cell phone to turn your horror into an action film, well, maybe you can have the phone work but it isn’t as effective as you the audience expects. Maybe the cops don’t believe the caller? Maybe 911 is down? Maybe the police officers who arrive on the scene are also helpless. That might escalate the level of fear. Because if even the cops can’t handle the killer, then the protagonist who we’re focalized on has no chance, right? This method is why in every Godzilla or Hulk story the army and/or police have to try shooting them. We know it’s not going to work. The monster will be stopped through talking to it, using guile, waking a bigger monster, or something other than normal human brute force. It’s showing us the real world tool we’d normally use isn’t of value in this situation.

One downside to this method is that it can take up time and attention away from a protagonist. It might increase the cast. But if you’re telling a story that you want to escalate the scale on, this might be a help, rather then hindrance. 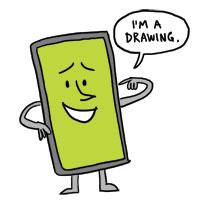 What if a character says “I can’t believe I dropped my cell phone when there was a monster after me. It’s like I’m in a horror movie!” This usually gets a laugh, and releases tension, which is probably working against a horror movie chase, but would work fine in other situations, like commenting “I can’t believe we just got across that rope bridge and no one cut it. That never happens in movies!” It helps reinforce that we are watching something that isn’t fake, because a fake thing wouldn’t criticize other things for being fake, would it?

This is often used as a bluff though, so that when the rope bridge is cut in the third act, it’s surprising, satisfying, and expected all at once. But like any of these methods, over use of it can be grating. Good thing you now have 6 different apps to deal with Chekhov’s cell phone.

If you have any thoughts on other methods/difficulties/opportunities in dealing with Chekhov’s cell phone, I’d love to hear them in comments.